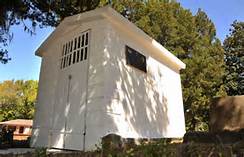 The story of Laura Kofi is an unusual segment of Jacksonville’s history that involves a Ghanaian princess, a religious movement and a modern-day assassination.

Although Kofi’s name was well-known in the early half of the 20th century, her history today seems to have faded from Jacksonville history books.

According to the Missionary African Universal Church she didn’t understand why God chose her to come to the United States. There were plenty of people in Africa who could speak English and she questioned why God was asking her to make the journey across the world.

“She said that she had a revelation to liberate African-American people, to take them on the right course, back to the Promised Land, Africa, and to create an independent community, a cultural, independent community,” wrote Vibert White in the book “Africa in Florida: Five Hundred Years of African Presence in the Sunshine State.”

So, after many dreams and visions she finally accepted her call and came to the United States.

She originally immigrated to the United States and landed in Detroit around 1918 where she worked as in Marcus Garvey’s black nationalist movement.  At some point she was sent to minister to black across the South, eventually moving to Miami.

“It’s just an unusual story to hear about somebody.  First she was African by birth, she came over here, she was part of the Marcus Garvey movement,” said Joel McEachin, senior historic preservation planner with the city. “Not many people in Jacksonville were a part of that movement.”

Garvey’s movement focused on celebrating racial pride. Within this movement he had a shipping line and a black newspaper called Negro World that circulated thousands of copies weekly.

Kofi met with church congregations and preached to blacks that they should embrace their African culture.  Her fame grew and she began attracting huge crowds who came to her impassioned speeches.

Her followers begin calling her “Mother Kofi.”  She toured across the South throughout the 1920s.

But as her influence spread, she separated from Garvey’s organization and he began attacking her, encouraging her followers to leave her.

Kofi eventually relocated to Jacksonville from Miami, where she felt threatened.

Her popularity grew so quickly that she established her own organization in 1927 called the African Universal Church. The church focused on creating economic self-sufficiency and education for blacks.

Kofi’s story quickly came to an end in 1928 when she was speaking at Liberty Hall in Miami. A follower of the founder of the Universal Negro Improvement Association is rumored to have shot her in the head. It is believed that witnesses of the event beat him to death shortly after.

The love for Kofi was strong.

According to The Florida Times-Union, thousands of people showed up as her body was brought back up to Jacksonville. It is said that so many people showed up to see her that 25 cents were being charged to view her body. 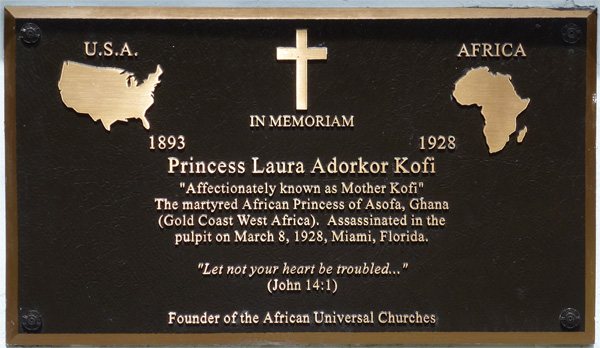 Her body stayed in a funeral home for several months, according to McEachin.

“They thought her father was going to come to America and see her, but he could never make the arrangements.” McEachin said.

No one know who paid for it or built it.  McEachin said it might have been one of her followers or members.

Today – other than the mausoleum — there is little left of Kofi in Jacksonville.