Nearly two years after President Abraham Lincoln signed the Emancipation Proclamation in 1862, a black man named after him would go on to be the first black millionaire in Florida.

Lewis was a smart boy who intended to stay in school, but dropped out after the sixth grade because his family needed his support financially.

Lewis and his family moved to Jacksonville in 1880, where he received a job as a water boy at a sawmill in East Jacksonville.

Although his initial position did not seem promising, Lewis rapidly advanced because of his intelligence and leadership abilities. He was quickly promoted and became a foreman, making him the highest paid black person at the mill.

In 1901,  Lewis joined with six other prominent blacks to found the Afro-American Life Insurance Company, which provided health and burial insurance  at an affordable cost to blacks.   Because of segregation, most white-owned companies would not insure blacks.

The insurance company became extremely successful, and Lewis was eventually named president in 1919. 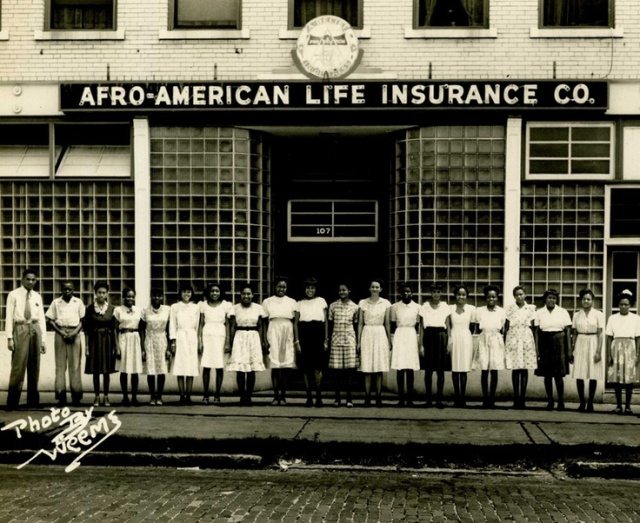 During the Jim Crow era of segregation, Lewis’ financial success allowed him the opportunity to help other less-privileged blacks.

He  founded the Lincoln Golf and Country Club in 1926.  It was the only black country club in Jacksonville at the time.

In 1935  the Pension Bureau of the Afro-American Life Insurance Company under Lewis’s leadership purchased a beachfront parcel in Nassau County for blacks to vacation, which he named American Beach.  At the time, most other public beaches in the area were closed to blacks.

Although it was primarily blacks who visited American Beach, it was never intended to be a segregated vacation spot, according to Yuwnus Asami, exhibit director and curator at the American Beach Museum in Fernandina Beach.

“The whole purpose of naming it American Beach was because it was supposed to be for all Americans,” Asami said.

Not only had Lewis envisioned a beachfront vacation spot, however, he had also dreamed of a community of reasonably priced homes surrounding it.  Over time, hotels, restaurants and nightclubs were also built nearby.

American Beach continued to grow and thrive throughout the mid 20th century.

Outside of his business endeavors, Lewis was a warm person who enjoyed helping people.

“I was told he liked to give out five-dollar bills to kids if they were good because it had Lincoln on there,” Asami said.  “He would drive a Lincoln car too.”